UX designer freelance rate in India is usually lower when compared with the rates from other countries. Like the ones from Delesign, the freelancers from India can deliver on time with few if any revisions.

This article will go into the details of finding the right UX designer in India for the right price.

What Is a UX Designer?

Before we go into the details of determining the UX designer freelance rate in India, we need to discuss what UX is and the role of a UX designer.

UX stands for user experience while user experience design refers to the process of focusing on the interaction of human users and products. In a broad sense of the term, UX can be applied to almost any kind of product.

Taken as a whole, UX will cover:

The keyword there is “experience.” In other words, UX is all about the totality of the user’s interaction with a product.

Sometimes UX is used interchangeably with User Interface (UI), but there are differences. UI is a part of UX because it refers to the space where the user interacts with a product. UX, on the other hand, covers that and so much more.

Products with great user experience are not just usable or functional. They should also be aesthetically pleasing and easy to acquire and repair if possible.

Why would a consumer want to use a product? This mainly refers to the motivations that would drive consumers to pick the product over the other options that are available in the market.

What are the things that people can do with a product? Does it offer anything new that they cannot do or get with other products?

How is the design functional or aesthetically pleasing to the user?

The designer must consider all of these aspects. They would start with the “Why”, come up with the “What”, and finally decide on the “How”. At the end of the day, their goal is for users to have meaningful experiences with the product.

Knowing about these things is essential before you research UX designer freelance rate in India.

UX Design Is All about the User

UX design is such a vast field that the designers actually come from different backgrounds. That’s to be expected because UX Design can be considered to be a multidisciplinary field. The designers can come from psychology, graphic design, programming, among others.

To design for users means that you must also consider the limitations of those same users.

Let’s say that you are shopping for a product like a pair of shoes online. So, you go to a website that allows you to shop for shoes and maybe other products. Since you know what you want to buy, you try to filter the products available for shoes.

But when you filter the products, you see that there are too many choices. It would take a few minutes to go through all the options. You then try to filter it further but find no exact category to narrow down the results to the shoe you want to buy.

So, you spend a few minutes scrolling until you find the shoe that you want. You click on it, and you’re satisfied with the price. You then add it to your cart and proceed to buy it.

Then you find out that you have to complete several pages worth of forms before you can buy the product. Frustrated, you end up leaving the site, and you just go buy your shoes from a physical store.

Taken as a whole, that is a bad user experience. While the site may have answered the “Why” and the “What”, it made a mess of the “How” because, in the end, you are frustrated with the whole experience of using the website.

UX is not only applicable to website design. It can be applied to any product that would evoke a specific type of experience.

The Goals of UX

Before deciding on the ideal UX designer freelance rate in India, we still need to delve deeper into UX’s goals.

UX designers must make products usable, accessible, and enjoyable. They usually work as part of the team, and they bridge the gap between the user and the development team.

Whether a new product is being designed or an existing one is being redesigned, the UX designer must stop and consider the users and their experience.

The roles of a UX designer may vary from one company to another. The responsibilities might even be different. In one company, a UX designer may just be one part of a team, while in another, he may be in charge of product development. It would all depend on how important the customer is to the culture of the company.

Though there are a lot of variations, the following are some of the more common responsibilities of a UX designer:

Just remember that UX designers are, for the most part, not responsible for the visual appearance of a site. In some companies, that is part of their responsibility. Typically, however, it is not.

One of the most important tasks of a UX designer is conducting user research. By determining who will be the users of a product, one can create the expected experience.

The typical customers may be female homeowners who cannot do their own roof repairs. Another typical client might be business owners who need to have the roof of the buildings repaired.

The designer can conduct interviews to identify the pain points and do competitor research to determine the features that will be needed for the app.

All the other tasks of the UX designer will be based on user research. It is the information that they get from the research which they will use to build user personas and information architecture.

Creating user personas is not always necessary, but if a designer wants to delve deeper into the tasks that each persona would like to do with the product, it can be helpful. Taking the example of the roofing company, a persona can be named Amanda, a 35-year-old mother of two, who needs to have the roof of her house repaired.

While creating user personas is not always necessary, the user flow is a must for any UX design. A user flow is a flowchart that tracks the progress of a user while using a product.

Prototypes are not meant to work smoothly. They are intended to show the flaws of the design so they can be fixed.

As you should realize by now, a UX designer must have a diverse set of skills to perform the job well. The designer must be adaptive, good at communications, imaginative, and have a strong sense of empathy.

It is also a plus to have enough technical know-how, such as programming. That would, however, depend on the kind of product being designed.

Why should you consider hiring someone from India?

There are several reasons for considering a designer from India. First of all, the country is a leading source of freelancers around the world. India currently has 15 million freelancers and many of those are in highly technical fields.

There are highly qualified UX designers from India that are ready to help with your project.

Aside from the fact that many freelancers from India are highly qualified as UX designers, there is also the cost factor. The UX designer freelance rate in India is a lot lower when compared to the rate of a freelancer from the United States.

What is the actual UX designer freelance rate in India?

It’s not easy to determine the average rate of designers from India. The salary would depend on a lot of factors. More senior UX designers should get higher rates. According to PayScale the average hourly rate of a UX designer from India is around $6.78/hour. If you are looking for a more senior UXC designer, you should pay about $13.56/ hour.

Why spend so much more when you can hire someone who is just as qualified for a lot less?

Now, the key is in finding the right designer for your project. While there are plenty of platforms that will allow you to connect with freelancers, it is better to go for a specific site that focuses on designers like Delesign.

Delesign will allow you to match with the right designer who will meet your requirements. You can then submit your design request, and then the work gets done. It’s as simple as that—no more hassles with running contests to see who you will work with.

Krisana is a journalist turned SEO Content Writer with keen interest in tech, software, and innovations. She is an avid fan of Elon Musk and wants to be part of the future Human Mars Mission. In the meantime, she spends her time researching and writing about everything that could make life a better place on Earth. Outside of work, Krisana dedicates her time with her two lovely kids. 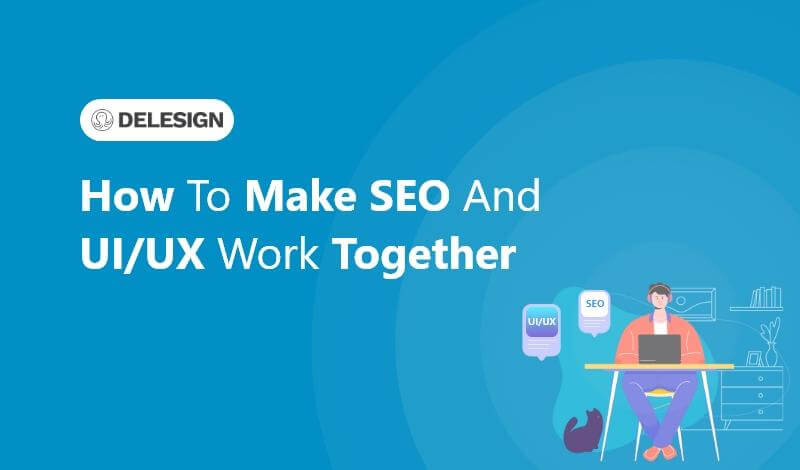 You need a perfect blend of SEO & UI/UX best practices for making your optimization efforts stand out from the competition. Incorporate the strategies that we have listed in this article in your digital marketing efforts to take the success of your online business to a whole new level. 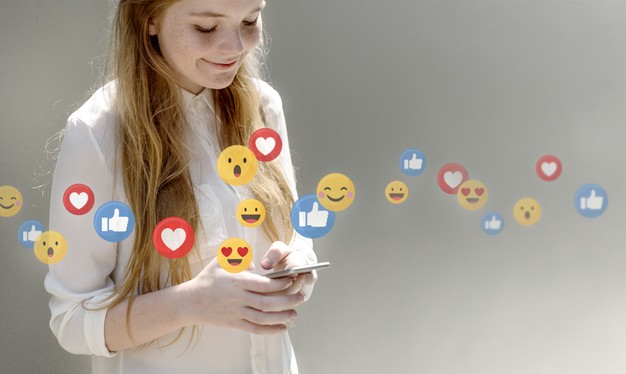 Incorporating marketing videos is essential for every business when promoting their product or service, especially for the B2B industry. Check out the tips we have listed to boost your social media videos in attracting more clients. 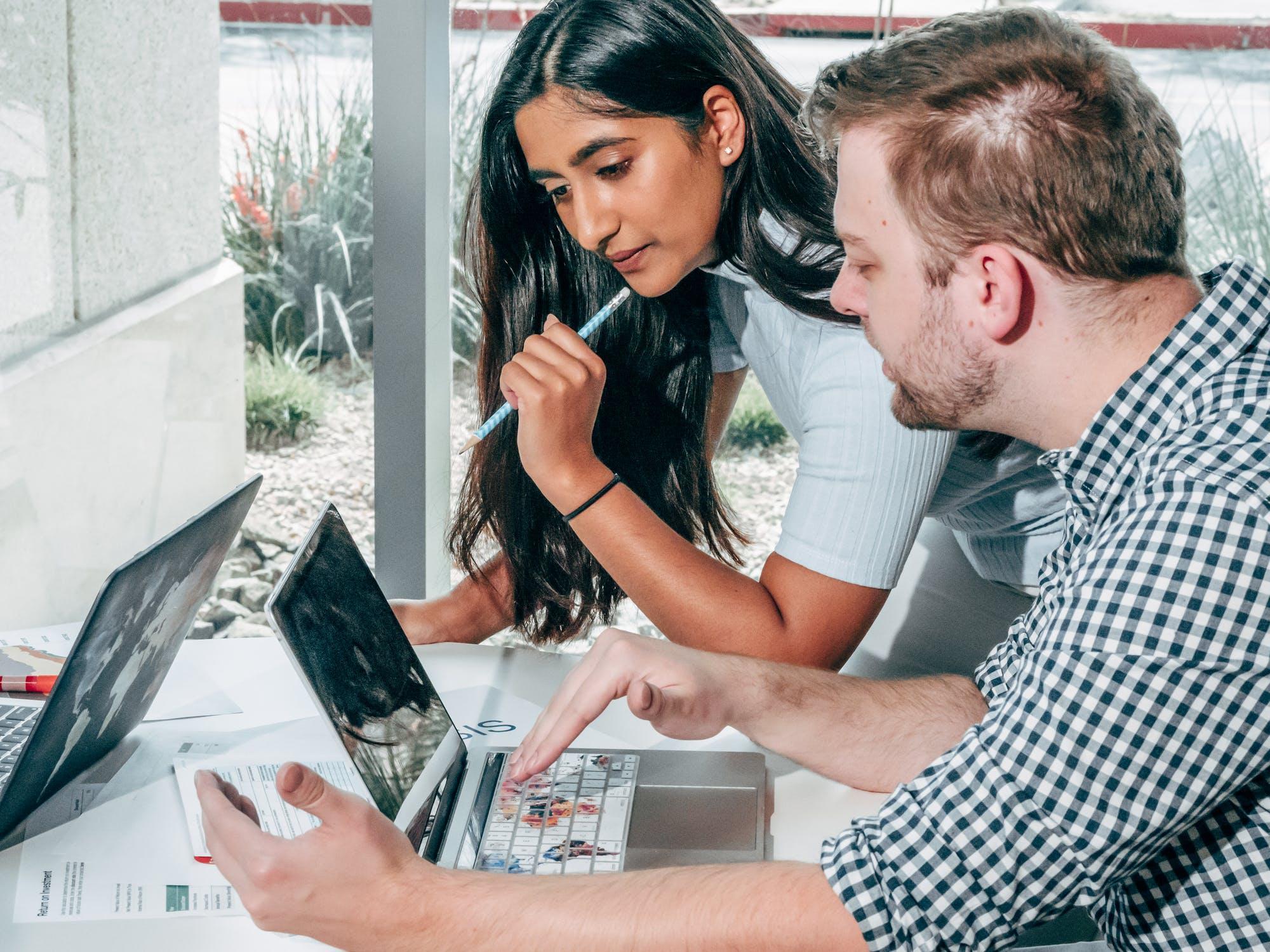 "When it comes to launching your business, don’t forget the importance of design, whether for your logo, website, product packaging, or marketing materials.